You are here: Home / About / Leadership / Dwight Stephenson 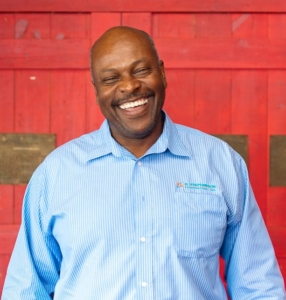 Dwight is the owner and co-founder of D. Stephenson Construction, Inc. and provides the leadership and control of all field operations and supervision of all projects. Through Dwight‘s leadership the Company has established a strong following of repeat clients based on his own values of honesty, integrity, hard work and the efficient and timely completion of projects. Dwight is also a tireless fundraiser for local charities through his own organization, the Dwight Stephenson Foundation.

Dwight was drafted by Don Shula and the Miami Dolphins in the second round of the1980 NFL draft.  He was used on special teams only until late in the1981 season.  A few seasons later,he was “universally recognized as the premier center in the NFL”.  He retired from pro football in 1987.

Dwight received many awards including  AFC Offensive Lineman of the Year by the NFLPA five consecutive times (1983-87) along with many other awards.