You are here: Home / About / Leadership / Dr. Lenore Rodicio 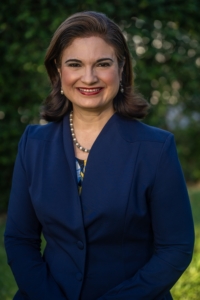 Lenore Rodicio is a nationally recognized leader in higher education.  A native of Miami, Florida, Dr. Rodicio is currently engaged as a Senior Fellow for transformation initiatives funded by the Bill & Melinda Gates Foundation; as a Senior Fellow at the Aspen Institute College Excellence Program; and as a Complete College America Fellow.  Dr. Rodicio previously served as Executive Vice President and Provost at Miami Dade College (MDC).

Most of Dr. Rodicio’s work has centered on student access, success and achievement; the recruitment of underserved populations to the STEM fields; increased access to liberal education for all students; and continuous improvement of the teaching and learning process. She has led projects funded by the National Science Foundation and the Carnegie Foundation.  She has also worked with key partners such as the Bill and Melinda Gates Foundation, Achieving the Dream, Lumina and Kresge, to implement comprehensive solutions to improve completion rates, while upholding the highest standards of quality teaching and learning. Under her leadership, MDC developed alternative pathways to college credentials, including non-credit crosswalks to credit programs, prior learning assessment and competency-based education.

Dr. Rodicio’s transformational work in student success and achievement has led to significant improvements in retention and graduation, and earned MDC the 2019 Aspen Award for Community College Excellence. Additionally, her leadership in developmental education resulted in one of the most successful mathematics redesign processes in the country.

In recognition of her role and voice in higher education in Florida, she was selected as a 2019 Miami Herald Influencer. In 2020, she received the Hispanic Leadership Award in Education from the South Florida Hispanic Chamber of Commerce.  She was named one of South Florida’s influential business women by South Florida Business Journal in 2018.  In 2017, she was also named the In the Company of Women Outstanding Woman in Education Honoree by the Miami-Dade Commission for Women of Miami-Dade Parks.

Outside of her professional work, Dr. Rodicio is married to her husband of over twenty years, is the mother of five children, and is an avid baker.