You are here: Home / About / Leadership / Loren Parra 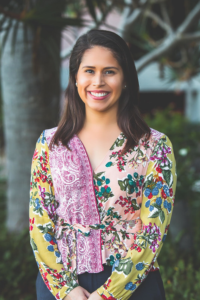 Loren Parra is the Director of Public Affairs at The Miami Foundation. Since 1967, the Foundation has been focused on improving local quality of life by leading on civic issues, community investment, and nurturing philanthropy. The Foundation currently manages more than $365 million in assets and has made over $400 million in grants that create opportunities for residents, make Miami-Dade County more resilient, and foster home-grown creativity. In her role she leads the Foundation’s Civic Leadership Agenda, focused on addressing critical quality of life issues in Miami-Dade County through convening, policy, and grantmaking.

Prior to joining the Foundation, Loren worked at The Everglades Foundation, a science-based nonprofit committed to the restoration of America’s Everglades, as the Director of the George Barley Water Prize. An international science initiative, The George Barley Water Prize incubated phosphorus-removal technologies to address the ongoing nutrient pollution problem experts estimate costs the U.S. economy is between $2.2 to $4.6 billion annually. Loren also served as the Regional Director to former U.S. Senator Bill Nelson, managing local outreach efforts and acting as a liaison to federal resources for Miami-Dade and Monroe Counties.

Loren holds both a bachelor’s degree in Political Science and an MBA from the University of Florida, and currently serves on the Board of the UF Association of Hispanic Alumni. She resides in Coral Gables, FL